A jury has found both Amber Heard and Johnny Depp liable for defamation in their lawsuits against each other. The jury awarded significantly more damages to Depp, a legal win for the actor.

Amber Heard is disappointed “beyond words” regarding the verdict to Johnny Depp’s defamation lawsuit against her.

The Depp-Heard case places a spotlight on relationships and intimate partner violence (May 5, 2022)

Sexual assault can occur among any gender, even in marriage. In drug and alcohol-fueled rages, it is difficult to find truth as memory is often difficult to recall. While the case focus is defamation it appears the high-profile celebrity, and his ex-wife are on trial for their complicated relationship.

Japanese director Sion Sono has been accused by two women of sexual assault in a new report from Shukan Josei PRIME.

Many cases go unreported. The U.S Department of health and Human Services estimates between 240,000 and 325,000 children are at risk for sexual…

A former friend of Jeffrey Epstein, who federal prosecutors had recently subpoenaed in the Virgin Islands, is dead.

“It’s not for me to make those judgments,” Oscar winner Rita Moreno said of the allegations surrounding her 2021 “West Side Story” co-star Ansel Elgort.

Jerry Harris was the breakout star of ‘Cheer.’ Here’s how season 2 handles his arrest for child pornography. (January 12, 2022)

Harris remained at the Metropolitan Correctional Center of Chicago, where he is awaiting trial on federal child pornography charges. Harris admitted to soliciting inappropriate photos and videos from at least 10 to 15 minors.

29th Ms. Maxwell vowed to appeal after a jury found her guilty of sex-trafficking and conspiracy on Wednesday afternoon in federal court in Manhattan.

“Sex and the City” actor Chris Noth aggressively groped a woman in 2002 and then threatened to “ruin” her singing career if she went public, the woman said Thursday, leveling the fourth allegation against the television star in recent weeks

Josh Duggar’s Child Pornography Case: Everything We Know About the Trial (December 17, 2021)

The U.S. Attorney’s Office in the Western District of Arkansas revealed the nature of the charges in a press release on April 30, 2021.

One day after news broke that Josh Duggar was arrested in Arkansas, Us Weekly confirmed that he was indicted on child pornography charges.

Marilyn Manson’s accusers detail his alleged abuse. ‘He’s so much worse than his persona’ (November 5, 2021)

Bianco’s federal lawsuit, filed April 30, alleges sexual assault, sexual battery and human trafficking beginning in February 2009, when Manson (Brian Hugh Warner) flew her to L.A. to shoot a video for his song “I Want to Kill You Like They Do in the Movies.” Judge Fernando L. Aenlle-Rocha allowed the case to move forward

A former Boston ballerina and her husband have been accused of sexually abusing young dancers, according to a federal lawsuit Alonso CNN (September 29, 2021) 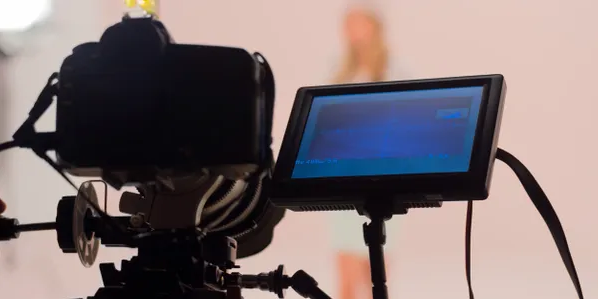 and by firing “anyone who resisted or who tacitly evaded St. Johns’ advances or abuse.” https://kinja.com/sambarsanti 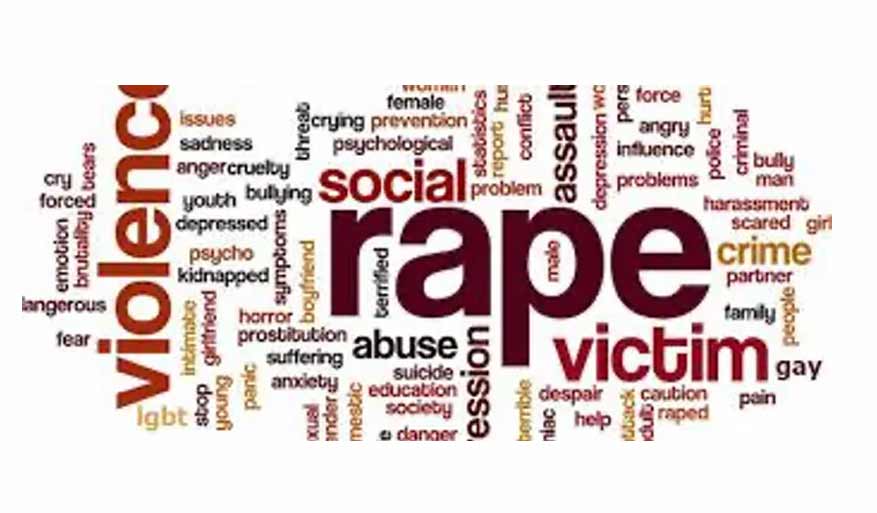 "Weinstein also got away with it because he knew how to intimidate and silence others. Many of his victims feared retribution. For some, their careers stalled after he blemished their reputations, for others received settlements or were muzzled by nondisclosure agreements" (American Bar Association 2020).

June 22, 2020
David Guillod, Hollywood talent manager and producer “Atomic Blonde,” charged with sexually assaulting four women — all of them unconscious at the time, per the Santa Barbara District Attorney’s office in California.

Cianci has been fired following allegations of sexual harassment (The Hollywood Reporter). The Late Show's music booker, supervising producer since late 2017. Paige Stark alleged Instagram post "He followed me and my band mate to a nearby bar and kept touching me and being in my personal space," Stark wrote.

Weinstein’s business associates would escort the women to these meetings, only to suddenly evaporate, leaving them alone to defend themselves against Weinstein’s advances. He would ask for massages. He exposed himself and masturbated in front of them. He forced oral and vaginal sex on some. He refused to take no for an answer. A large, heavy man, he could easily overpower his vic Sexual assaults have commonly proven difficult to prosecute.

To begin with, according to the Rape, Abuse & Incest National Network, Washington, D.C., only about one in four sexual assaults gets reported. Victims fear retaliation. Some are leery of dealing with law enforcement. Victims believe that police will look askance at a victim who had drugs or alcohol in her system or who willingly went to the perpetrator’s home. Law enforcement and prosecutors are more likely to devote time and resources where the allegations involve strangers, weapons, and physical injury than to cases involving sexual assault allegations. As a result, only about nine cases out of every 1,000 sexual assaults gets referred to prosecutors.

Once this conflicting evidence was dredged up, Weinstein’s legal team requested Judge James M. Burke, the presiding judge, to dismiss the charge of criminal sexual act alleged by Evans. The prosecutors did not object. This misstep also meant that the prosecution lost the benefit of calling law enforcement witnesses to testify. The defense, meanwhile, gained an advantage by being able to raise questions of police misconduct (American Bar Association May 2020).

Epstein was arrested again on July 6, 2019, on federal charges for the sex trafficking of minors in Florida and New York.

“My Epstein article would focus on the government malfeasance that enabled Epstein to skate on scores of child abuse charges,” Journalist Nick Bryant.

From US District Court Southern District of New York: US v Jeffrey Epstein
Sex Trafficking
(Charged for Minors; also Adults)
p3(7): "Epstein actively encouraged certain of his victims to recruit additional girls to be similarly sexually abused"
THIS is similar to daughters this site is posting as occurring in Hollywood 2006-2020. Promises of Careers, College, Movies, and instead harmed physically, mentally, and spiritually

"I thought it was my fault, I thought I was obligated."

“Many of these girls had parents who loved them. ... As parents, you have to be involved with everything your kids do, with all their electronic devices and their personal lives.”  Michael A. Barker, special agent, FBI Chicago.

California Attorney General Xavier Becerra announced the filing of charges against Karine Michmichian, Dwight Cunningham, and Derek Hay for the alleged operation of an illegal prostitution scheme on Thursday, March 5. The defendants are charged with 12 felony counts of pimping and pandering.

WME Talent Agent Adam Venit, 2018 steps down after accusations by Terry Crews for "groping" are heard.  "The assault lasted only minutes, but what he was effectively telling me while he held my genitals in his hand was that he held the power. That he was in control," Crews .  Crews' lawsuit claimed that he feared retaliation from Venit, even though WME head Ari Emanuel told him that Venit "did not have that level of power."

(Epstein is an Example)

Human trafficking is a criminal activity in which people are recruited, harbored, transported, bought, or kidnapped for forced labor, sex labor, or to become a child soldier. Traffickers lure individuals with false promises of employment (acting, dancing, singing, crew) and a better life (money, home, family)

"At gunpoint, Brittany was forced to drink bottles of vodka and take blue pills that made her dizzy and disoriented. Brittany tried to look for help but was locked in the hotel room without access to a phone. After three days of being beaten, drugged, and forced to have sex with men, Brittany managed to escape and asked the first car she saw to call the police (ABA Lesson Plan)  (Polaris Project - not the best organization for help but an example).

A fine of $5,000 for traffickers would not start to cover medical, psychiatric, drug and therapy treatment for victims.  (Ex:  Victim attends 7 days per week therapy, 3 MD visits, lab testing routing/on demand, and 3 day per week counselling for first year; this represents one year before a victim has the ability to

For the past several years, the issue of tens of thousands of untested rape kits languishing on shelves across the country has garnered attention from state lawmakers and advocacy groups, spurred policy changes, and secured funding or grants to test the kits and clear the backlog. But another equally disturbing problem has come to light: the destruction of rape kits before the DNA evidence is tested.

“Show me another crime where it’s okay to destroy evidence before we learn its value,” says Rebecca Campbell, a psychology professor at Michigan State University in East Lansing. “

“It’s very concerning that biological, forensic evidence is never even being analyzed,” she adds. The process of getting an exam is difficult for victims—it’s invasive. Destroying the results before finding its value says we don’t value this evidence, this crime, these survivors.”

Drug use is either by choice (underlying disease, mental illness, peer pressure, addiction via medical expert providing without evaluating or accessibility) or by force (rape, sexual assault, trafficking, dealer testing, or as weapon of choice to control victims, and weapon of choice for murder (untraceable, and authorities rarely investigate drug deaths) - Nancy; Qwells Office, Justice Supervisor Los Angeles CA 2017 "we do not investigate deaths where drugs were on scene" even after four prior attempts on life, and drug use (although addiction can occur under force) began by force (pushed into a person); Culver City Police Detectives assure "pushing" is not illegal in CA; only purchase, and sell!!!!

The use of a drug by force is increasingly popular in organised crime given as Nancy states "we do not investigate"; no more moving a body or planning the murder; no more how do we control the sex trafficking victim or what happens when our dealer takes too much off the top.

INTERVENTION: The parents that began Awareness Mission find that talent; like anyone becoming addicted to drugs such as heroin (hard to stop due to sickness) require expertise in care. A LA psychiatrist without certification in addictions refers (victim) to an unqualified interventionist that over 8 months provides heroin creating 11 relapses; his answer on the stand "she self-detoxed". We as humans (producers, directors, agents, managers, must assure talent is getting the BEST care for addiction whether personal choice (treat underlying) or by FORCE, and if by force; we must take a stand to assure these people; like Epstein, Weinstein pay for their crimes, and the talent gets to move forward to entertaining the world in safety.